Student Loans & Divorce: Am I responsible for my spouse’s student loans? 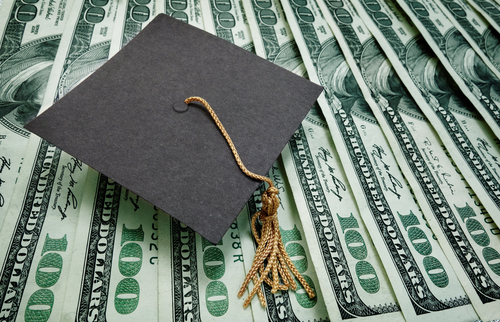 Student Loans & Divorce: Am I responsible for my spouse’s student loans?

For many young couples that have attended college or obtained graduate degrees, marriage means more than a life-long emotional commitment. It also means taking on the financial responsibilities of their spouse, including student loans. If and when these couples choose to divorce, they may be surprised to discover that they are in more debt than they originally thought. Just as assets are divided in divorce, debt must be divided as well.

The millennial generation is particularly sensitive to the complications surrounding debt and divorce. According to the Institute for College Access and Success, seven out of ten college seniors who graduated in 2012 had student loan debt, with an average of $29,400 per borrower. If each spouse has incurred such debt, the time it takes to pay off those loans could exceed to life span of the marriage.

As with many questions involving divorce and the division of marital property, how student debts will be divided varies on a case-by-case basis. In dividing property and debts, courts must first identify what is considered the separate property of each spouse (which is not subject to division). After the separate property has been identified, all remaining property and debts will be subject to division.

As a general rule, debts acquired before the marriage will not be considered the debts of the other spouse. As such, if you or your spouse took out a student loan before you got married, then that loan will likely remain with the original debtor. However, debt division can be more complicated if the student loan was taken out during the course of the marriage. The spouse who is responsible for paying the loans is not necessarily the spouse whose name is attached to the student loan documents. How the student loans are divided will depend on the state and who actually benefited from the borrowed money. Listed below are some key factors that will be considered in determining who will be responsible for the student loan debt:

One way that couples can protect themselves and ensure that they are on the same page with respect to their future debt obligations is to consult an a divorce attorney about a prenuptial agreement. Prenuptial agreements can clearly define and allocate any student debt accrued during a marriage in a divorce. For more information about student loans and divorce, contact The Yeatts Law Firm today.