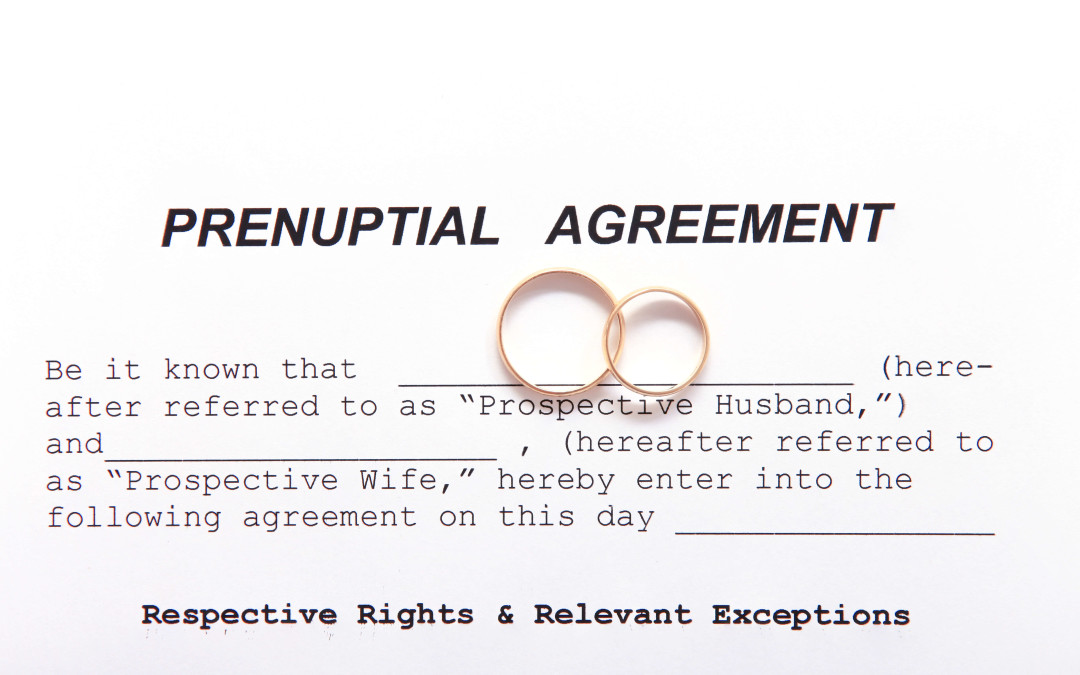 Marriage can be accurately described as a contract between two partners. If that contract is going to be voided than a prenuptial agreements can make the divorce process easier and less painful. But, a lot of couples often shy away from this topic as it can be an uncomfortable and difficult conversation. This could potentially turn out to make the separation and divorce process much more difficult.

As opposed to the false notion that pre-nups set the groundwork for divorce, they actually offer both partners protection and a sense of security. There are a lot of marriages that are going strong where prenuptial agreements have been formed.

If the unfortunate was to happen then there are countless ways how prenuptial agreements can make the divorce process easier and less painful. They include providing reasonable terms for asset division, protection from ulterior motives and even safeguarding your financial future and reputation.

What is a Prenuptial Agreement?

A prenuptial can be defined as a written contract drafted by two people prior to committing themselves to marriage. This contact contains a list of all the properties that each partner owns and proceeds to specify individual property rights in the event of a divorce.

A typical premarital agreement covers issues such as:

For a prenuptial agreement to be valid and effective, both parties need to have separate attorneys. There is no such thing as an oral prenup as each and every minute detail has to be written in a recordable format. Both lawyers will ensure that the prenuptial is executed voluntarily without any coercion whatsoever. The agreement also needs to fair; any lopsidedness could lead to invalidation.

They Lay Down Reasonable Terms for Division of Assets

During a divorce, both parties may not always be on speaking terms. This makes it the worst time possible to discuss the division of property. Unfortunately, it has to be done. In cases where couples do not have a premarital agreement, negative emotions and anger can affect one’s decision making. Why not make such decisions when you are of clear mind and not distraught by a brutal divorce?

Prenuptial agreements help grease the wheels by taking the emotion out of the proceedings. Since this issue will have been addressed at an earlier date, you can spend your time healing and recovering.

Prenups Protect both Parties during Divorce.

Although no one wants to prepare for the worst while the getting is good, it’s always better to have an umbrella when it starts raining. Nothing is more expensive that a legal battle followed by nasty divorce. It becomes a no holds barred match as both parties try to squeeze as much money from each other. In addition to lengthy and expensive divorce proceedings, both sides will drag each others name through the mud in an attempt to win the judges favor.

Having an already existing prenup ensures that everyone is well protected even in the worst case scenario. In the end, couples save thousands in legal fees and come out with their reputation intact. The divorce process becomes much cheaper, smoother and painless.

Protects Couples from any Ulterior Motives

Although no one wants to hear it, there are people who get into marriage with the aim of striking gold in the form of a lucrative divorce. The fact that you never see this coming is exactly why you need a prenup before tying the knot, especially if you are significantly wealthy. If you suspect this, always run a background check on your potential partner.

Drafting up a premarital agreement can save you a lot of time and grief since you will be able to identify the real motive of the marriage. This way, even if it comes down to getting divorced, the process will be less painful since you were prepared. If your spouse is not willing to sing a prenuptial agreement, that can be viewed as a red light early on.

Failure to draw up a prenuptial agreement puts your family’s future at risk. In the event of a divorce, the state will determine who gets the property acquired during the marriage, as well as what happens to the assets in case one spouse dies. It makes more sense to be responsible for your own assets as opposed to letting the state decide. If you are already married and don’t have a prenup, it’s not too late.