How Pets Can Be Affected by A Divorce in Alabama 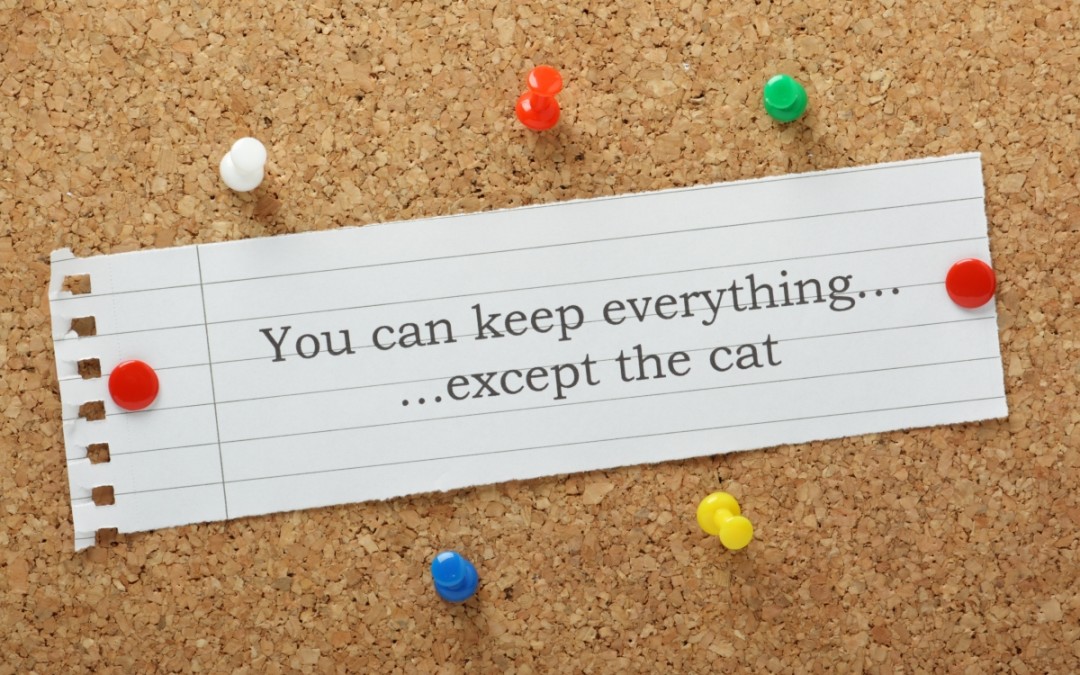 Until recently, when couples got divorced or separated, their pets would be viewed as property to be divided up along with fine china and furniture. In fact, that’s what a pet is in the eyes of the law – personal property. But, with both pet ownership and divorce rates soaring, pet custody is becoming stickier when couples separate, and the law is adjusting to this.

Pets are more like family members than personal property these days, and just like they do with the children, divorcing couples are really apt to fight for the right to keep the beloved family cat or dog. In recognition and response to this growing human-animal relationship, and because pet and divorce in Alabama is becoming a really sensitive subject, almost as weighty as child custody disputes, family court judges and divorce mediators are recognizing the need to put into account what’s best for the animal.

According the Animal Legal Defense Fund (ALDF): “Although at this time the law views animals as personal property, some courts have started to recognize that an individual’s bond with this form of property known as the family cat, bird, dog etc., is way different from the relationship with properties of other forms such as couches, jewelry etc.

In determining who should take custody of the family animal, the court considers the following among other factors:

Some pet custody situations are clearer than others. For instance, if you brought the pet to the relationship, it’s considered yours unless, for some reason, your partner develops a stronger bond with the animal than you. In another instance, you will be awarded custody if your partner or spouse is moving to a residence where some animals are not allowed.

With the stated factors in mind, dogs, cats, birds, horses and other family animals still remain personal property in the eyes of the law, hence, state property laws during separation still count. Alabama is one of the many equitable distribution states in the US, which means that, when a divorcing couple happen to disagree on pet custody, property held before marriage is considered separate. Property acquired jointly in marriage i.e. marital property, will be divided equally between the two parties, and the above factors will thus apply.

In a few cases, third party advocates have been required to hand in requests on the animal’s behalf, focusing on its best interests, rather than viewing it just like other pieces of property. Determining the animal’s best interests in property division during a separation or divorce case is a way to ensure the animal is properly taken care of after the divorce is finalized.

Pet owners who are on the verge of pulling the plug on their marriage should always keep in mind that while a fierce fight over the custody of their beloved pet is bound to happen, nothing but their personal relationships with the animal, and the best interests of the animal are going to decide the winner.